A downloadable game for Windows

P86 is a Metroidvania stealth game.

Explore the beautiful steampunk world and finish your mission!

Control supports only keyboard and mouse.

Language supports only SimplifiedChinese and English.

In the area right after the tutorial there is a 3 light door: 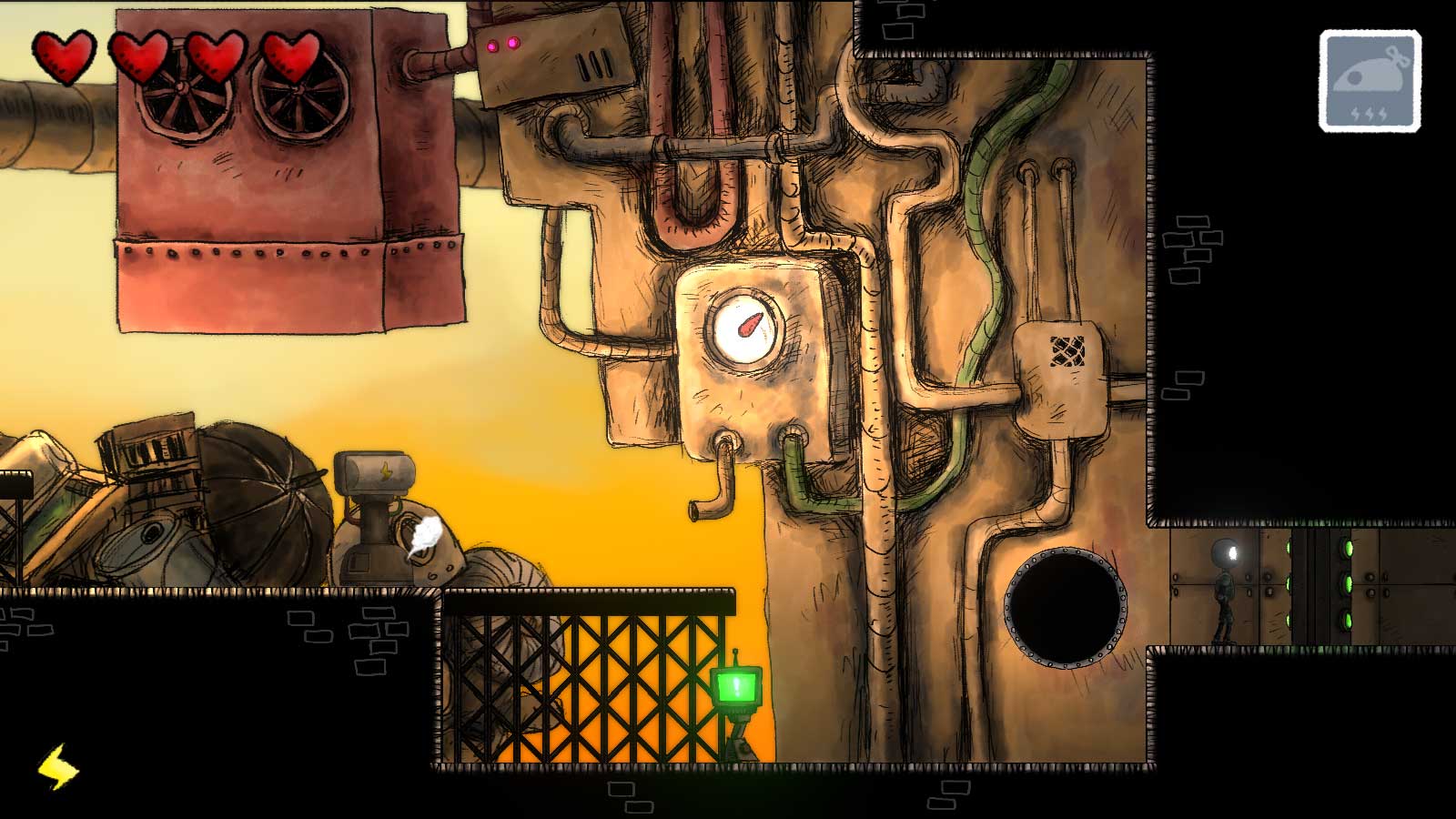 This can be opened with only 1 battery: 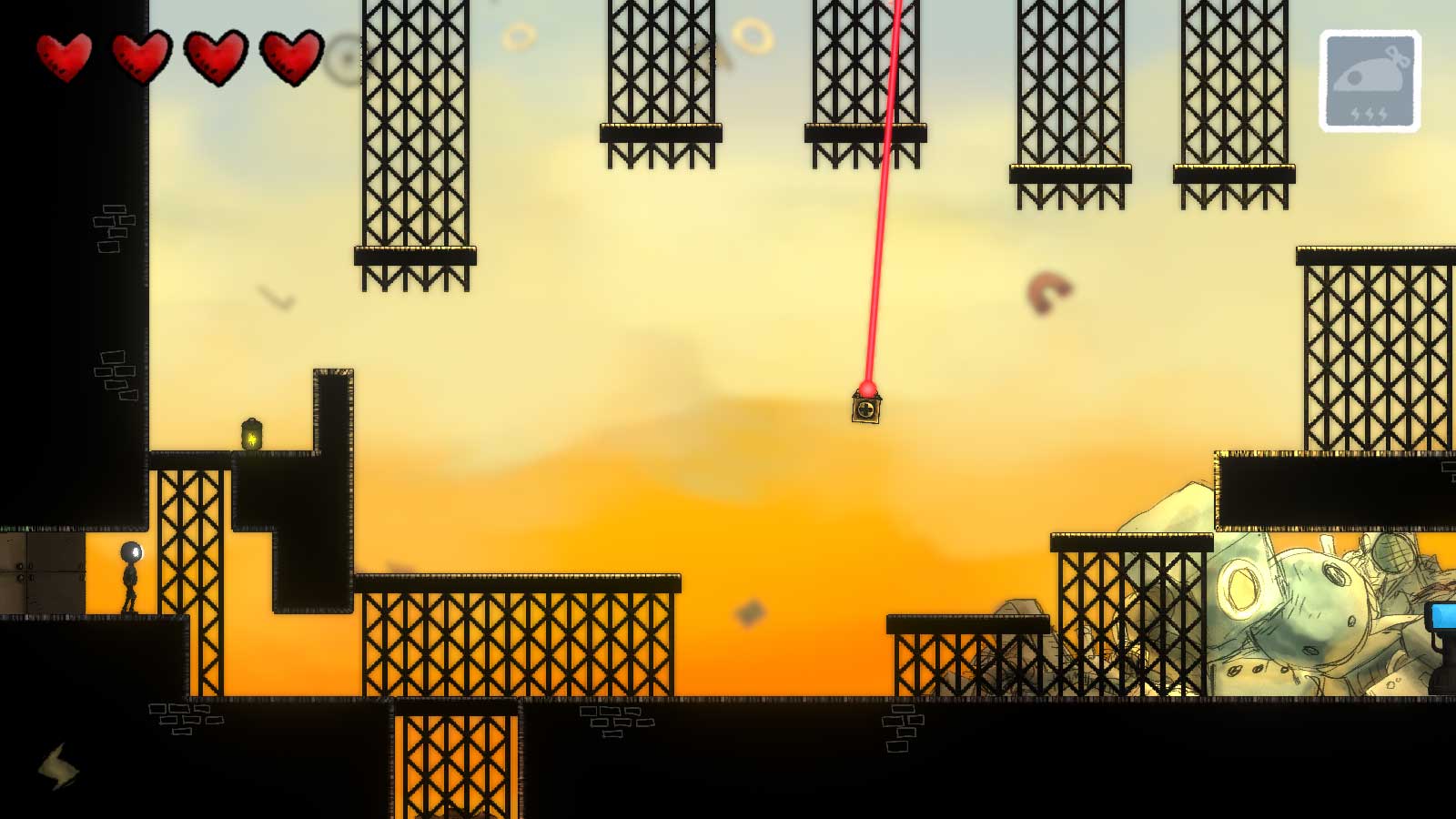 I'm not sure if that's supposed to happen. I thought I needed 3 batteries to open 3 light doors.

The battery in that room can be gotten although it took a lot of attempts. Those middle platforms are really tricky.

Before back-tracking to that 3 light door I got stuck. I couldn't seem to make it past the room of many sweeping cameras.  Once I did get that 2nd battery I could open a door (a level with palm trees and a battery) and I've been making progress from then on.

I do seem to keep ending up in places I can't proceed but the tool popups indicate that I should. I've reached the room with a battery and the tooltip is telling me about that jammer ball, but I only have 3 batteries. Perhaps that's all by design. Just a little strange that it took a lot to get that far to just to not be able to get the battery in the room (or maybe I've just not figured it out).

It is a really clever mechanic being able to kill the robots to recharge your own battery. I've have had quite a few "Ah-ha!" moments figuring some things out.

The robot's laser being able to follow/track you into the next room made for some occasional frustration.

Thank you for your replying! Actually the door is a bug.(I will fix this right now).

The tooltips are fixed.(You can even read all of them in game by pressing "esc" and select "help"). This game is made in two month and I jusr didn't find a better way to tell player all the operations.

Thank you for playing my game!

That was one of the most challenging games I have played in a long time!

Some of the sections were really difficult but do-able eventually.

I had a hard time finding the underground location that has a battery and links to the tutorial area. I found that accidentally.

I think more health would have made everything slightly more enjoyable. There were some areas that were really unforgiving and the closest save point was kind of far away.

All in all a very well put together experience! Thank you! 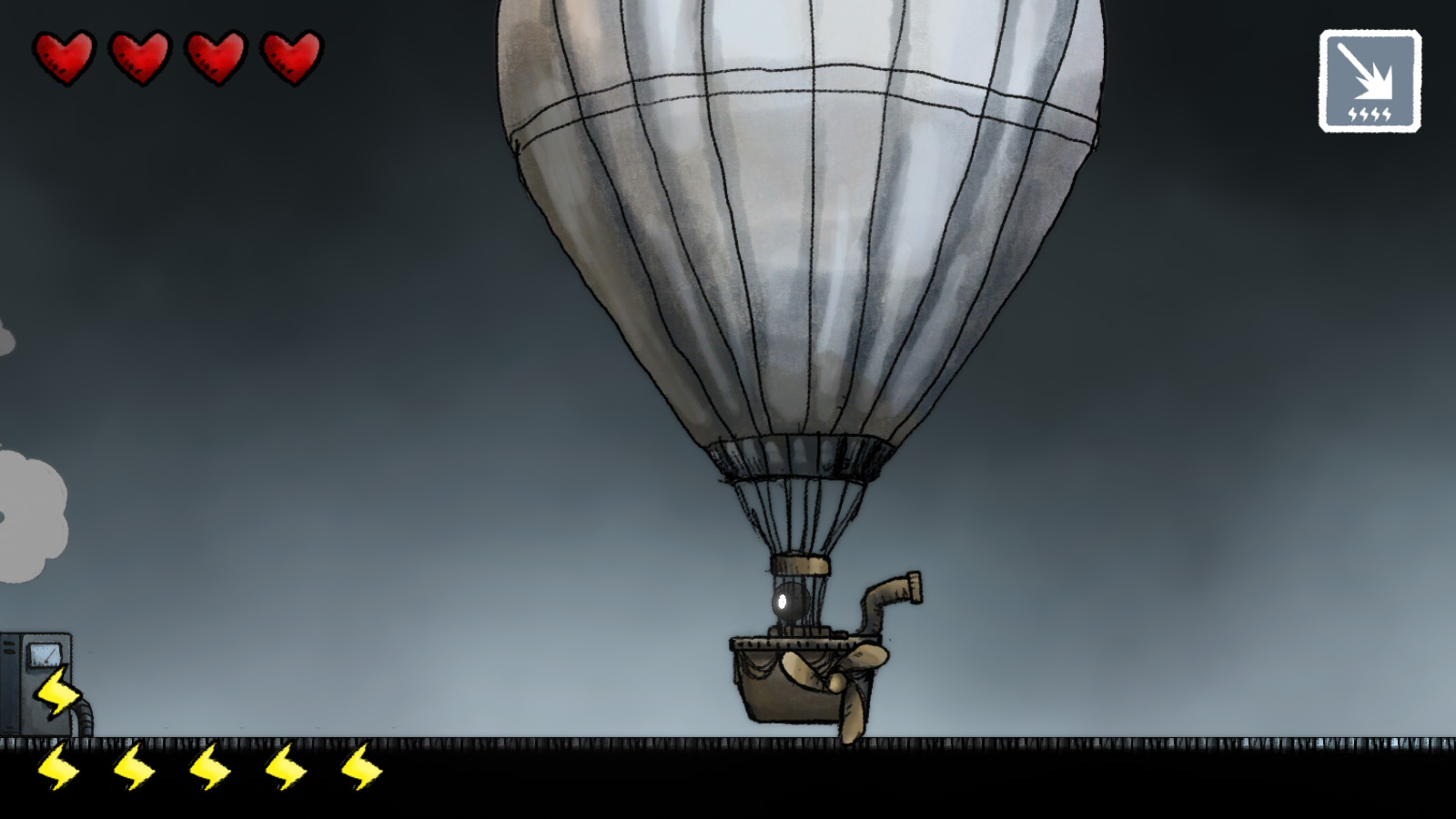 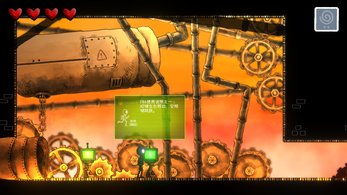 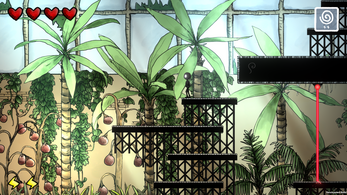 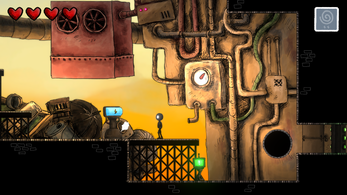 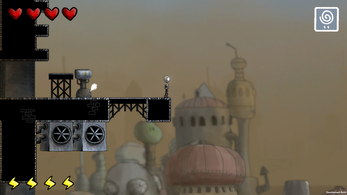 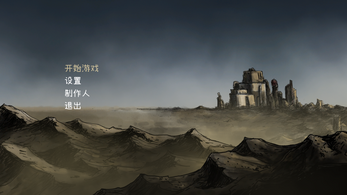